Do you ever feel like failure weighs you down and you sometimes want to give up on whatever task you’re trying to complete? The answer to changing that is in this episode. Ashley Stieb shares her insights on changing the way you look at failure to have a more positive outlook and carry on towards success.

We are going to mix things up a bit today. This is Ashley Stieb with Live A Life By Design, filling in for Jimmy, and I am going to deliver your Monday morning moment of motivation.

I want to talk about failure. Think back to the last time you failed at something. I will give you a second to recall it…….

Got it? What was it? Was it something big like failing to pick up your kids from school?

Failure. That is such a heavy word and holds such negative connotations. However, the truth is, it is just a 7 letter word with a very short meaning: a lack of success.

I don’t know about you, but when I used to think about failure it was on such a grand scale. Failure only occurred when it was something big – you fail a test, you fail a class, you fail a grade. It was a big scary monster waiting to jump at you when you least expected it. It can make you feel defeated and sometimes on the verge of giving up, but really failure is such a small thing if you think about it.

When you change the way you view failure it can change your life. You’ve probably heard of the saying “rise from the ashes and take flight.”

Well, Failure is an opportunity… and as cheesy as it sounds, you can rise from the ashes and try again, and you usually find a better way to accomplish the task at hand. It gives you an opportunity to try, and sometimes learn, something new.

You also have to change the way to see yourself and others. You can’t compare yourself to those around you. We are all on our own journey and just because you failed where someone else succeeded does not mean that they have not failed where you may have succeeded, and it certainly doesn’t mean that you won’t find a way to succeed in the end.

This was a big and difficult lesson for me to learn and it took a long time for me to truly understand. When I was in high school I made good grades and had such big plans for myself when I got to college. I quickly found that I wasn’t going to live out those plans. I moved away to go to school and grew far to comfortable to the lack of discipline.

My professors said that we didn’t have to go to class, we just had to get the work done. Well, that sounds great right? Go to college and have all the free time and just make sure your homework is done. You can probably imagine that this is not what happened. I didn’t get the homework done because I didn’t go to class to hear most of the lessons. I also missed the tests for the same reason.

The stress of this failure started to get to me and I decided that I wanted to move back home and attend the local university. When the final grades came out I had failed half of my classes and was put on academic probation.

The following semester, I still couldn’t seem to get myself to class despite living at home. I failed every class that semester and was suspended from school for a year. I started to feel like I just wasn’t cut out for college.

I got a full time job at a bank and worked in the customer service department. I met a friend that had been in a similar situation as me and we both decided that we needed to try again. We started school in the fall and we did great! The next semester was okay, towards the end I started to fall off again, but I still passed. Over the summer semester, I failed 2 out of 3 of my classes and was kicked out of that university until I had completed a successful semester at another school, but my friend continued on in school.

I enrolled at another school the next semester. To no surprise, I failed every class. This was when I finally gave up. I failed at something that I had been looking forward to for so long and started to get over wanting a degree.

I watched all of my friends graduate on time and carry on with their new jobs. I was so envious of them and angry at myself.  But I decided to dive into the career world. I went back to work at a different bank as a teller. I worked there for nearly 2 years until I found a job at the university where I was living at the time.

Around 8 months into that job I started to get the itch to go back and try school again. I had grown up a lot in the 4 years since my previous attempt and was certain that I could do better. I also had a great support system.

I decided that this would be my last chance. If it didn’t work out this time, it wasn’t going to happen for me.

I gathered all of my transcripts and applied to school. I enrolled in classes and started as soon as I could.

My first semester back I made a 4.0. I had never made a 4.0 EVER! I kept going. I ran into many obstacles along the way, but I worked through them. I. Kept. Going.

Before I knew it, I was in my last year, my last semester, my last day! I could not believe it. I cried when I turned in my last assignment. It was over. I did it. By the time I got to that point, I had been out of high school for 10 years.

I rose from the ashes of so many fires I had started for myself. I changed the way I looked at failure.

So you see, failure doesn’t mean the end of something. It is simply a new beginning. It can take a while to reach that beginning sometimes, but it will happen.

Once you realize that we all fail every day… I mean it! We fail every single day. Yesterday I failed to ensure I had all the ingredients I needed to make cookies. Did that stop me? No.

I went to the store, bought the ingredient, and then I found another ingredients to add to my recipe that I wouldn’t have added if I hadn’t failed, went home and continued baking I took my failure as an opportunity to start again and I made the best triple chocolate chip cookies.

So again, once you realize that we fail every day, you’ll see that failure isn’t a big scary monster hiding under your bed. And failure certainly isn’t something that you need to beat yourself up about.

Most failures are just little dots on the big picture. Don’t try to erase them because they are still a part of you, but take those little dots and create something, rather design something, even better than before.

This week, take note of all the moments of failure you encounter this week and take note of how you rose from the ashes, no matter how small the fire was and try to see that it is okay to fail because a greater success is just around the corner.

Thank you for joining me this week and allowing me to talk your ear off while Jimmy is away. He will be back next week and will no doubt have something amazing and life changing to talk about. Until then, I hope you have an amazing week and as always, remember to live your life by design.

Let Us Hear From You

The Live A Life By Design Podcast is a LifeMasterKey production, the program is copyrighted by Jimmy J. Williams and Company all rights reserved. Our recording engineer is Happy Design Company, our production assistant is Amy Cotton. Now go out and live your life by design. 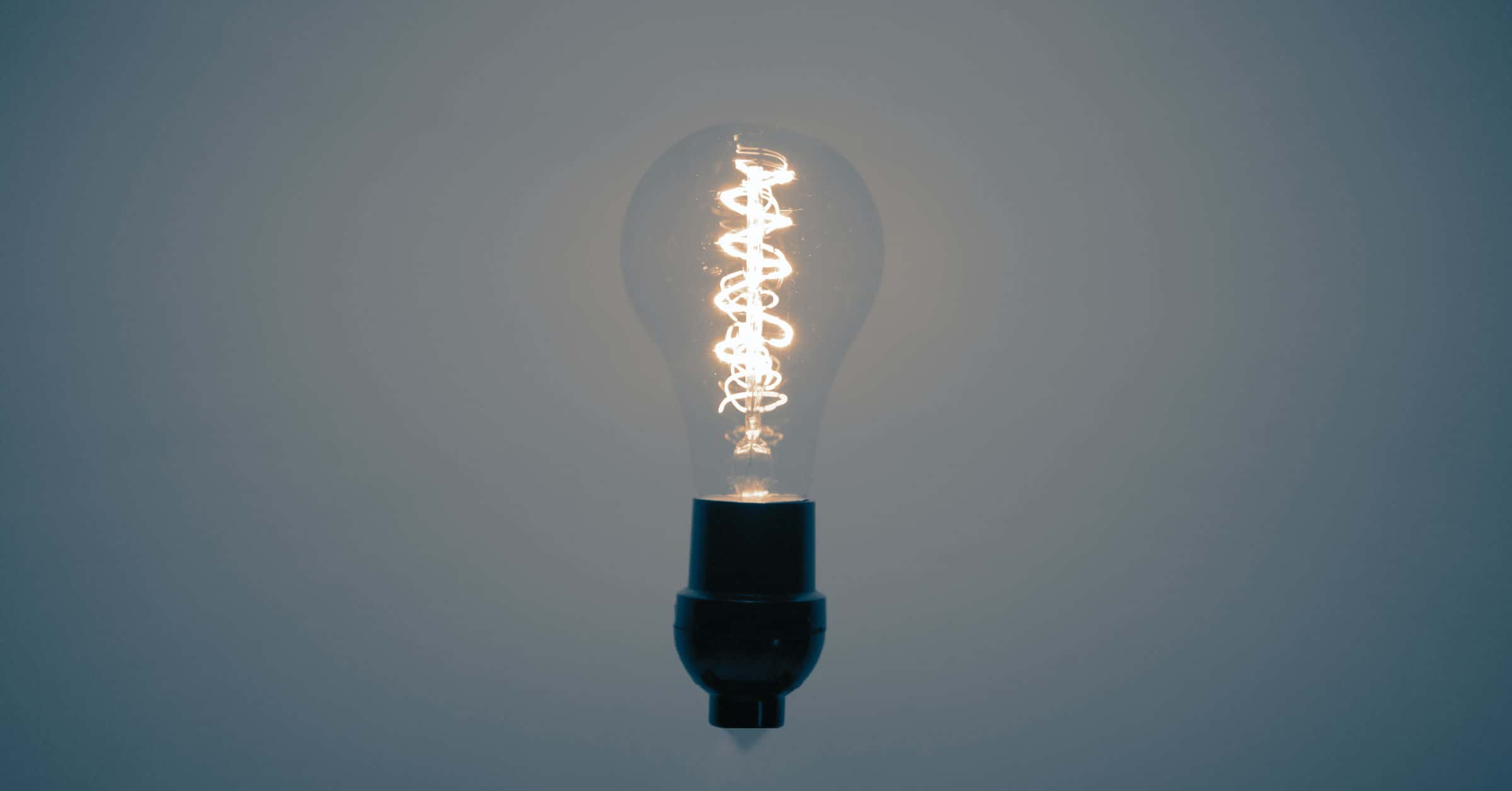 Did You Abandon Your Future? 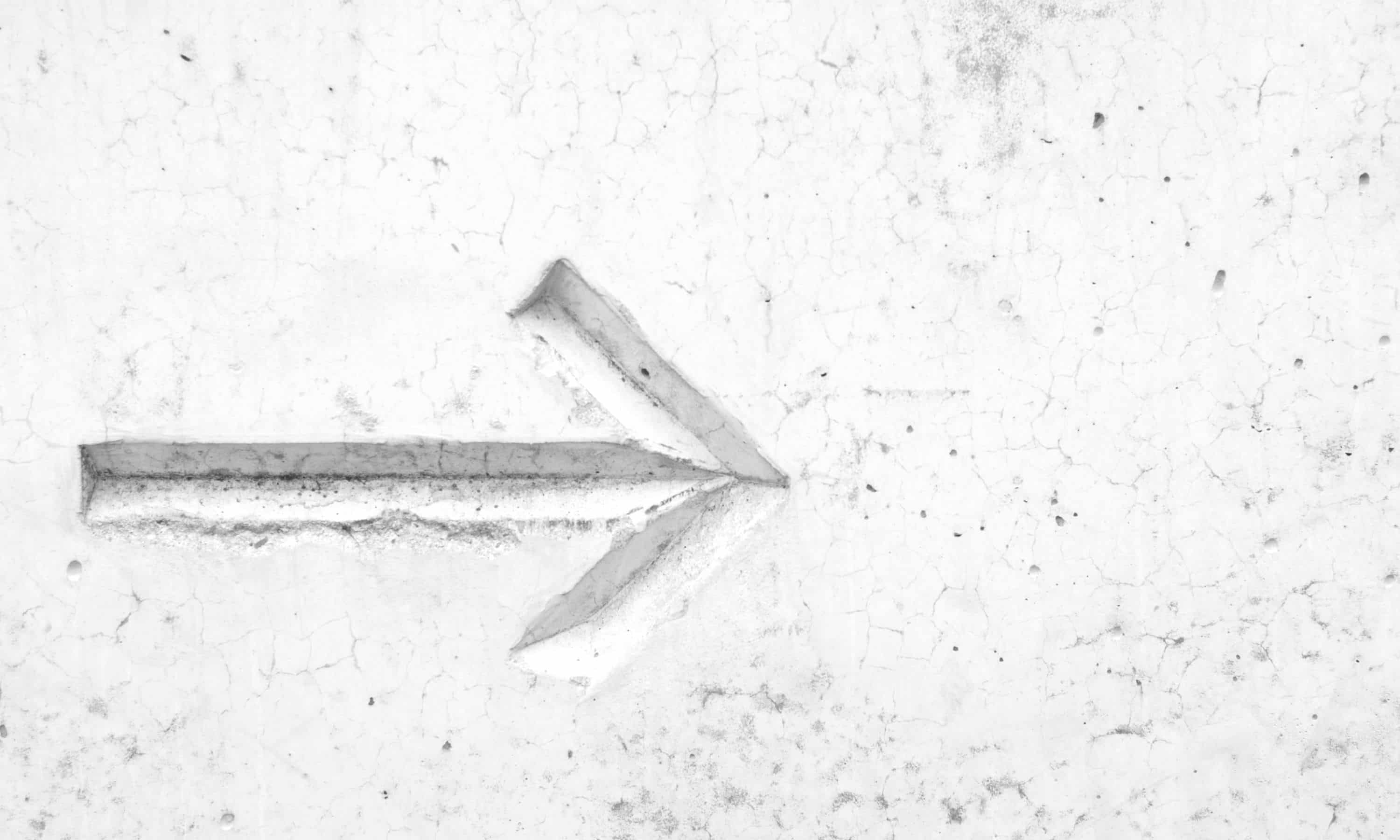 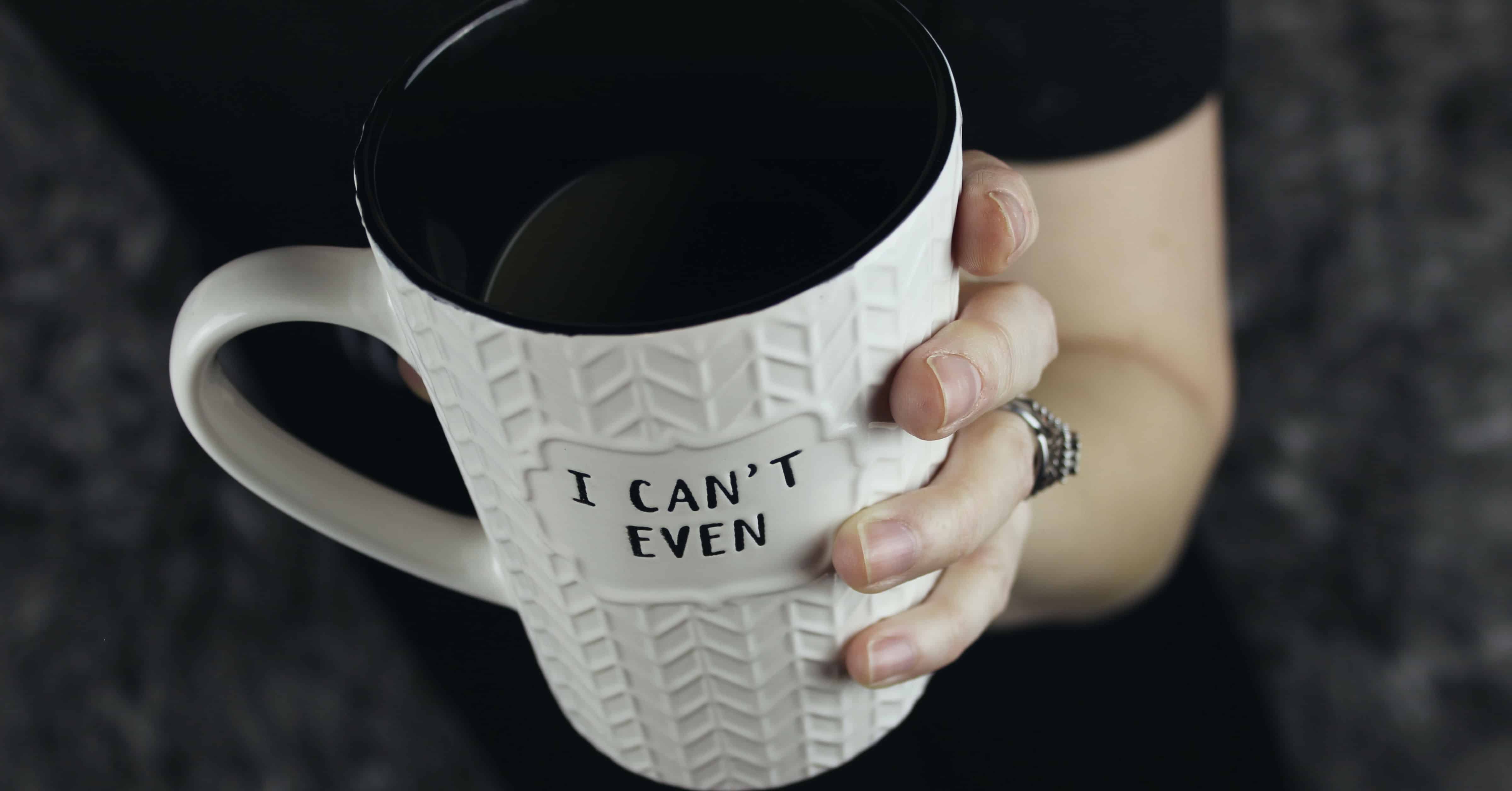 The Millennial Perspective: The Struggle is Real 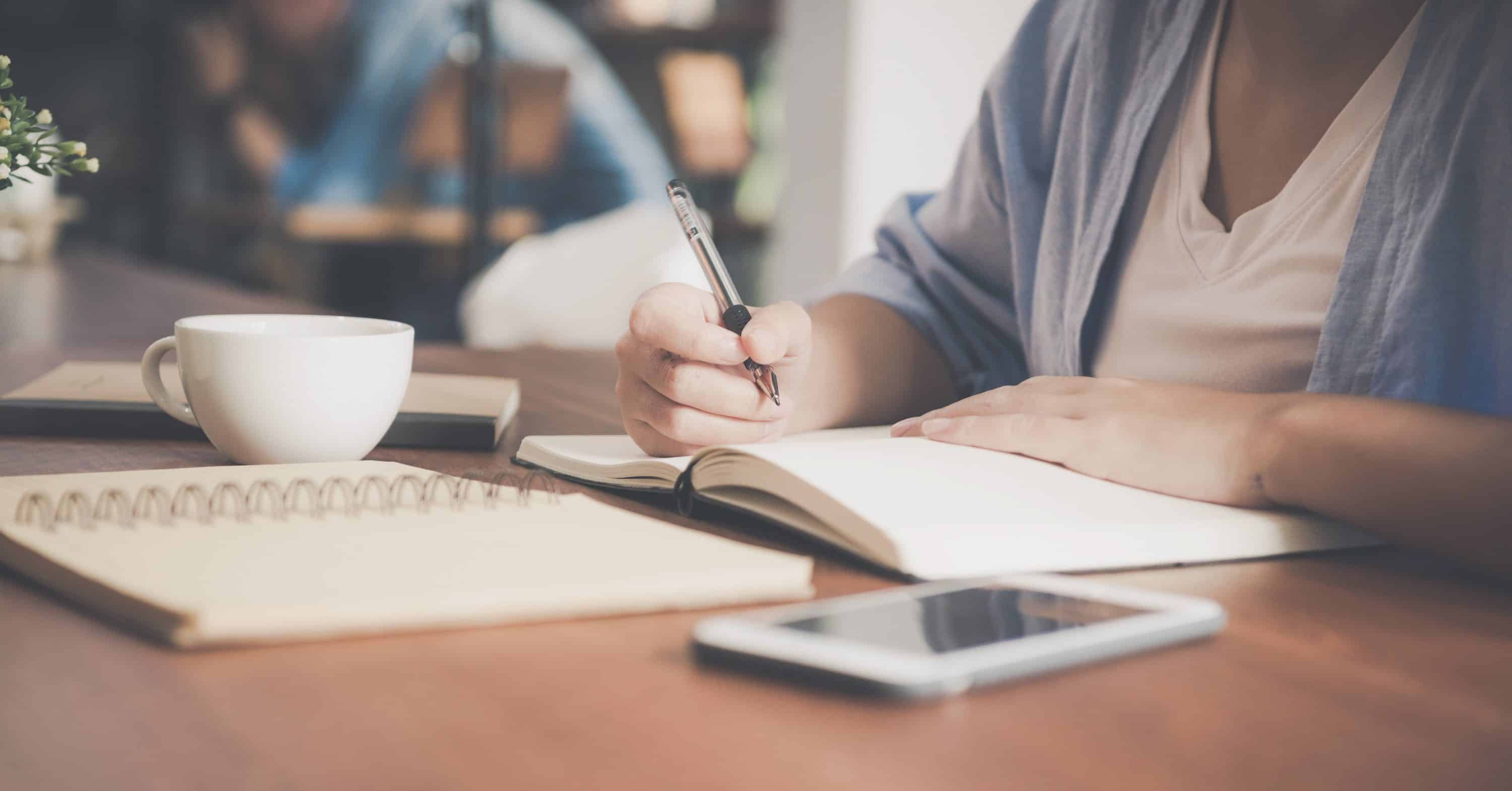