Do you ever wonder how Warren Buffett and Elon Musk become uber successful? In this episode Jimmy shares three strategies to help change your thinking to accomplish success in the same manner as the most successful people in the world.  Hint – this can be accomplished by implementing the ideas of this podcast this week!

Wow. The waves are crashing against the shore here in Northern California. I’m out enjoying some of this salt air as it comes crashing in to the sandy beaches here in California. It is an honor to come to you each week and share just a small piece of information that may make life even better for you.

Hey, good morning! This is Jimmy Williams, your host for Live a Life By Design. One of the things we often pride ourselves on is helping you just take that little nugget of information, that one little catalyst that may help you become bigger, better, and bolder in your world. Today I want to share with you the secret sauce, if you will, of how the ultra-wealthy, the ultra-successful people gained, the status they are in life. What is it about Warren Buffett that makes him so successful? Warren is one of the most modest of appearances of the ultra-wealthy, worth billions upon billions, but he still lives in the same modest home that he’s lived for over 50 years. He drives one of the American made cars that he’s always driven. He though tells us and shows it through his lifestyle that he’s very happy and content. On the other end of that, spectrum of wealth is Elon Musk, uber-wealthy, but then his thinking takes him to new Heights, such as space X and the exploration of traveling space. Or how about driving and creating cars of the highest technology?

You see, Elon has a lifestyle far different than Warren Buffett, but both of them share one common trait. They are successful as they define success. But they have another common trait that links these two great people together, and it’s their thinking. If you think about successful people and the way they approach their lifestyle, their daily life, their action lists, their goals, it’s all in the way they think. Successful people think differently than those who struggle with personal independence and wealth. Do you need to be wealthy to be considered successful? Well, I’m going to say yes, but not in the sense of material goods. You see to me, success is the ability to do what you want when you want without worry of cashflow or diminishing your assets. To me, it’s not necessarily a pile of money, but an opportunity to do and live your life with financial freedom. This truly is success to me. In this episode, we will share with you the three primary differences in thinking between successful people and those that are struggling in life.

First, successful people are thinking about the big picture. Successful people achieve results by focusing on the big picture of the project, the function or organization, then assemble a team of talented individuals to reach the goals desired. If you will, pardon this statement, but successful people put the right butts in the right seats to achieve optimum results. Steve Jobs was one of the most successful entrepreneurs in the world at the time of his death. The one thing I loved about Jobs was his really fierce approach to competition and his desire to be the best. After his death, many people describe working for Steve to be the most difficult, yet rewarding time of their lives. One of the most admirable traits of Steve Jobs was that he had an uncanny talent for distilling down all of the distraction and unprofitable products of Apple to focus on the most profitable and appealing profit making inventory items. In the same manner, you should be thinking about your career in life, in the big picture. What is that big, hairy, audacious goal you wish to achieve in life? Why aren’t you making progress on it? Perhaps your thinking should be adjusted to accommodate and equip you to take your success to the next level. Focus on the big picture to gain clarity on what the final result will look like in your mind, and then pursue it with a passion. This will help you with the first of differences that we see in thinking between the successful and the unsuccessful.

Another difference in the thinking of successful people and unsuccessful people is that successful people move forward on great ideas without a second thought of failure. Now it’s not that successful people never fail. To be very honest with you, they fail more often than the unsuccessful and they don’t mind. Well, I wouldn’t say they don’t mind, but they don’t take it to heart. You see, learning to fail is key to success for most great entrepreneurs. To be honest, this precept of success was a difficult one for myself. I always enjoyed winning. I never even liked second place trophies. To me, the second place trophy was something like the first loser. So as you can probably tell by my personality, I enjoy winning. And so I always enjoyed winning and succeeding at every venture I initiated. To fail for me was incredibly negative and I’d hyper-focus on that fact. And then if I didn’t do something right, or was something simply wrong in my approach, I just worked it to death in my mind. But after many failures and after kind of reflective on my mind of what happened and how come it happened, I now have a totally different mindset toward failure. And the work that I did in my own introspective mind has helped me tremendously to attain success during my lifetime. I see failure as fertile ground for learning and building on the future in an exponential manner. Granted, many of the ideas I curate in my Evernote are waiting for attention, but the ones that will move the needle on our team’s success and our client’s benefit are immediately shared with my team.

I use a form that I learned at Strategic Coach called the impact filter to provide the team my thinking and the vision as to what success looks like on a particular project or idea. Start thinking about the big picture before you dive into the details of the next idea, so that you can picture yourself winning the race to success. On the matter, this type of thinking will unveil the details and help you become crystal clear on the outcomes. For example, you’ve heard the old phrase “start with the end in mind.” Dr. Stephen Covey in his Seven Habits of Highly Effective Executives, in my mind, he had a great thought when he said, “start with that end in mind.” What he was really saying to you was picture what success looks like. That’s what I do when I use the impact filter. What do I ultimately think this is going to look like? How will it function? And most of all, how will it benefit our people or our clients? To me this second thought on thinking about, not the situation of focusing on failure, but don’t allow failure to take your focus off success is the phrase that pays.

And lastly, when a successful person fails to reach the desired goal, she earnestly performed, reflective thinking to find the answers to their next challenge. You know, one of the things that we often do after we’ve met a failure is not like Thomas Edison who sat there, and many, many times worked on a filament for the light bulb that would last beyond a few moments. After a while, one of the reporters asked Mr. Edison, “why is it you keep working on this same failure, time after time?” And he says, “I have never failed, but I have found hundreds of ways to not make filament for a light bulb.” Now that is the ultimate optimist. I’m not saying I’m as good at Thomas Edison is at absorbing failure and moving forward. But I do learn quite a bit from it through my reflective thinking. By simply placing on paper, using a tool again that I learned at strategic coach, I found a way that helps me put the failure in perspective. So one of the things I love to do is say not just “why”, but “how” could I have made this more probable of success? You see successful people understand you can’t continue to perform in the same manner you always have and achieve greater results. The tool I’m referring to is called the experience transformer. This tool helps me by reviewing what the original goal was, what went right, what could be improved upon, and the steps to move forward on the next project, by learning how to attack this next project differently.

You see, I didn’t say I would continue doing the same thing in the same manner to get a different result. Remember, that’s the definition of insanity. Too often, we tackle the same types of projects with the same worn and tired approaches. It’s time for a new day, a new approach to get a desired new outcome. Successful people do not change their principles or beliefs, but adapt their tactics and approaches to meet the challenge with a greater probability for success. You know, one of the things that I’ve always considered a very positive trait is for someone who can look failure straight in the eye and keep moving forward anyway. So often we’ve seen individuals who’ve lost jobs during the pandemic started new types of careers. We’ve seen people whose marriages have slipped away. We’ve seen people who have lost loved ones due to COVID-19 or other illnesses.

These are merely experiences of life for which we must appreciate at the time, find a way to build upon, and move forward. At Live a Life By Design, our whole scope of learning is that we must always take these life actions and build upon them to a greater future. You see, we need to live for today, but we’re always planning for a bigger future so that we may lead those that need help tomorrow. I have a challenge this week. The challenge is for you to change your thinking about your life, work, and community, to allow yourself to become more successful in your own eyes. You can do this! Go ahead, become bigger, better, and bolder. The world we currently live need you at your best. And until next week, go ahead, live your life by design.

Let Us Hear From You

The Live A Life By Design Podcast is a LifeMasterKey production, the program is copyrighted by Jimmy J. Williams and Company all rights reserved. Our recording engineer is Happy Design Company, our production assistant is Amy Cotton. Now go out and live your life by design. 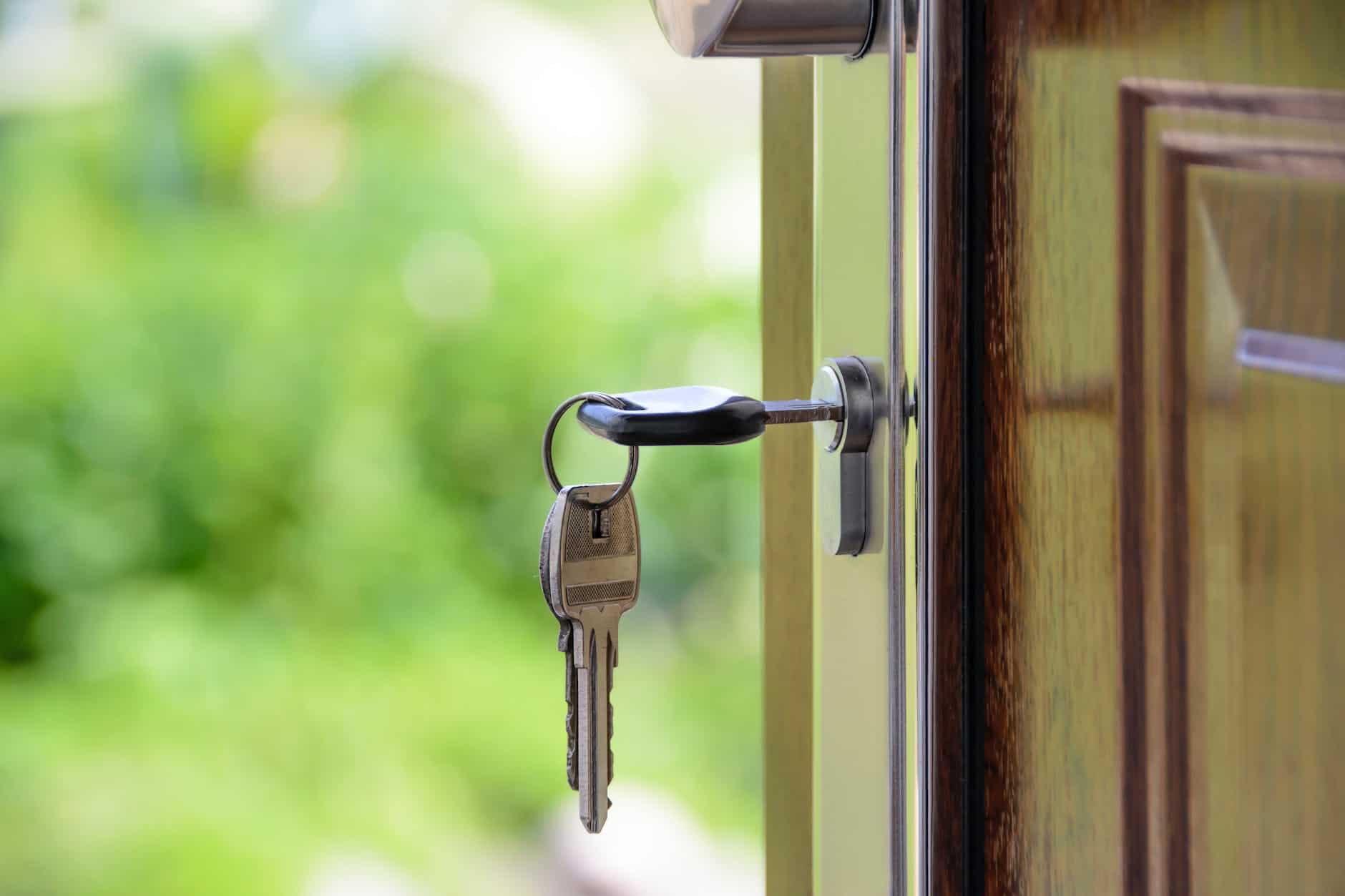